Portfolio > In Search of the Myth

I am interested in the narratives that cultures tell themselves about their relationship to the natural world, and how these narratives influence the creation of cultural identity. In this particular piece, In Search of the Myth, I examine the historical relationship between Americans and their environment as it is represented in the American frontier myth. The frontier myth has served as the primary creation myth for the United States, and though its exact form has mutated over time, it continues to be the dominant narrative from which contemporary American political attitudes and identity derive significance. In my portrayal of conflict between man and coyote, I allude to a metaphor that has throughout American history been used to describe the relationship between America and its most reviled enemies. By alternately projecting the myth of the “Other,” and then revealing the myth’s construction, I call into question contemporary American values regarding violence and conflict. 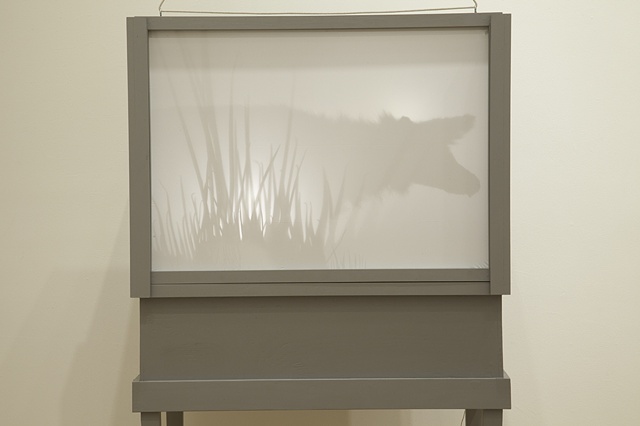 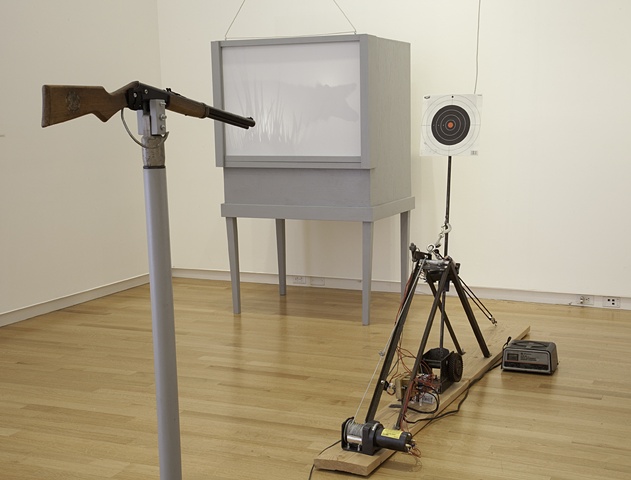 In Search of the Myth
Interactive Installation
Dimensions variable 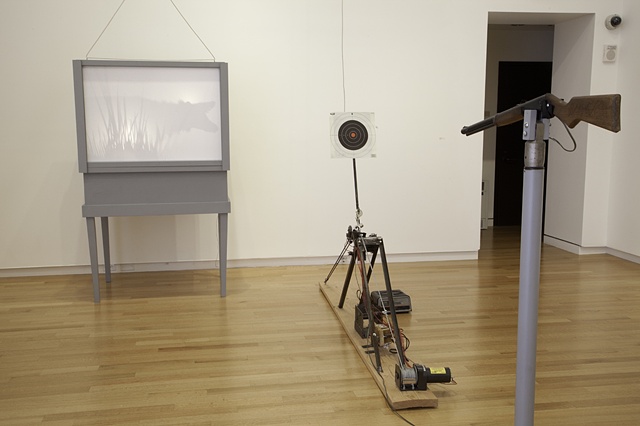 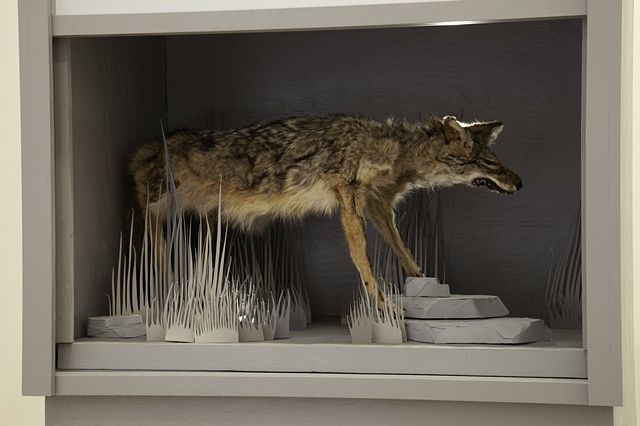 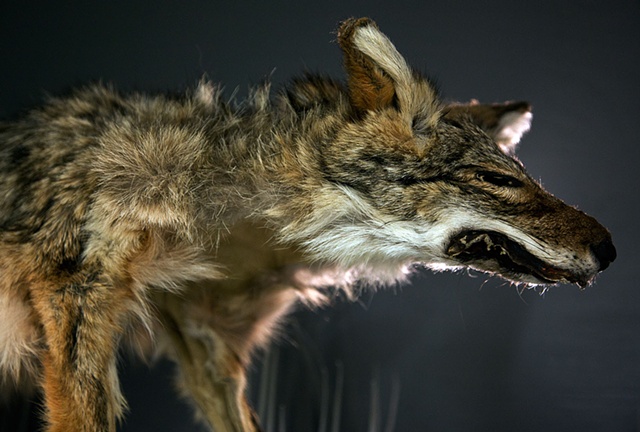 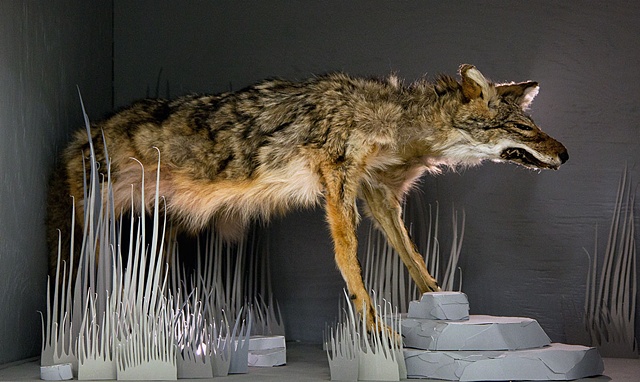 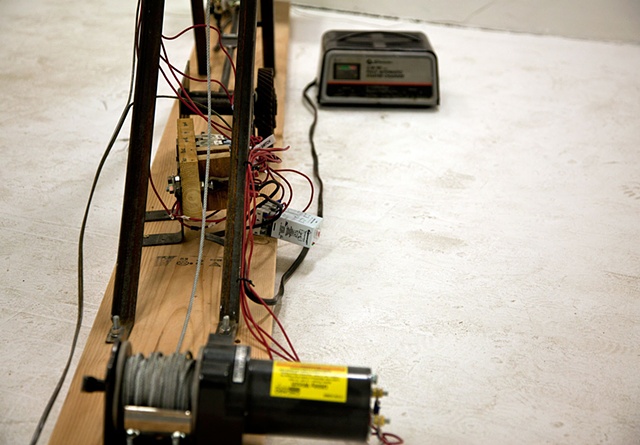 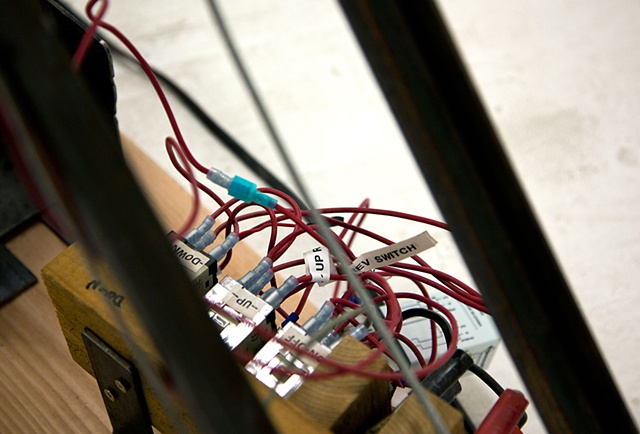 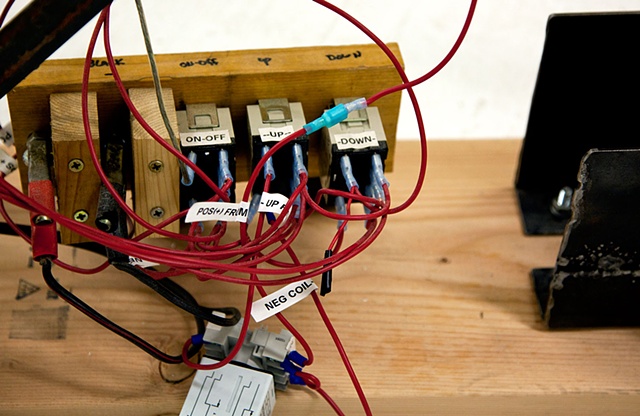 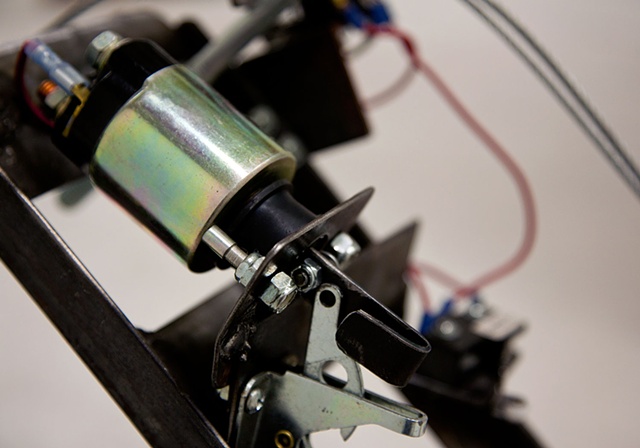